In-depth Biblical Teaching of the Word!

The Gospel of St. John (Date & cost not determined yet) 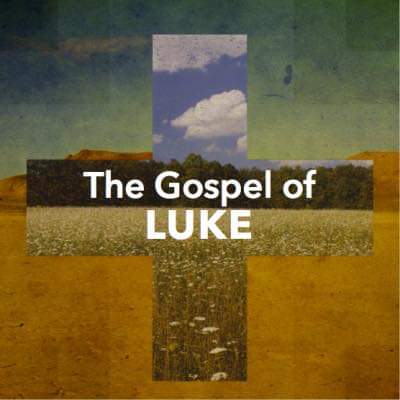 Summary – The Gospel of St. Luke

Author - This Gospel, written by Luke is a companion volume to the book of Acts. They are both addressed to the same individual, Theophilus.

Luke was probably a Gentile by birth, well educated in Greek culture, a physician by profession, a companion of Paul at various times from his second missionary journey to his final imprisonment in Rome (2 Timothy 4:11).

Recipient and Purpose:The Gospel is specifically directed to Theophilus (1:3), whose name means "one who loves God" Luke wanted to show that the place of the Gentile Christian in God's kingdom is based on the teaching of Jesus. He wanted to commend the preaching of the gospel to the whole world.

The main theme of the Gospel is the nature of Jesus' Messiahship and mission, and a key verse is 19:10 .

With 80 verses, it is one of the longest chapters in the New Testament.  It starts with Luke's Introduction to the book and states that it was written to provide an historical account the Messianic time-period.  He focuses on the events leading up to the birth of Jesus, including the birth of John the Baptist.

This is my favorite Advent scripture. It was read for family devotion on Christmas morning.

Note: Verse 52: Jesus grew in: Jesus grew in wisdom and in stature and in favor with God and all the people. We should endeavor to do likewise.

Note: Jesus uses Peter’s boat as a platform for teaching, then blesses Peter. Are you ready to “launch out into the deep?”

Controversy on the Sabbath, the selection of 12 apostles, and the Sermon on the Mount.

The chapter opens with two major parables and closes with four powerful miracles. The two parables presented showed the importance of being receptive and of letting your light shine. (They would be a great point for study and discussion.)

Note: What is a parable? Short illustrations that convey spiritual lessons. They illuminate spiritual truths by placing them in an earthly context. They enabled Jesus to convey lessons to his disciples while concealing the truth from unbelievers.

Question:
Who appeared with Jesus, on the Mount of Transfiguration? One represented the Law. (Hint: He died and was divinely buried - Deuteronomy 34:5-7, Jude 9).

Note: One man represented the prophets. Hint: He never died, being taken to heaven in a fiery chariot

Note: Interesting Fact: The Good Samaritan used oil as a soothing agent, and wine as a disinfectant. In 2005 scientists discovered that olive oil is a natural pain killer. It contains an anti-inflammatory agent.

This chapter opens with the Lord's prayer, a parable about prayer, and the memorable ask-seek-knock teaching.

Verse 1: One day Jesus was praying in a certain place. When he finished, one of his disciples said to him, “Lord, teach us to pray, just as John taught his disciples.” Jesus:

Note: Prayer is an important topic in Luke 11. Of all the Gospels, Luke provides the most emphasis on prayer.  In fact, Plummer, in his commentary on Luke, calls Luke “the Gospel of Prayer.”  Luke, perhaps, is demonstrating that constant communion with God is critical for the acts of the Holy Spirit to be present in one’s life.  When you read Acts, we clearly see the strong prayer-life demonstrated or adopted by the disciples (apostles) after Pentecost.

Congratulations you’re now half-way through the book of St. Luke’s Gospel. This chapter records a number of teachings and parables told by Jesus to "an innumerable multitude of people gathered together". Let’s call them attitudes for followers of Jesus. They include teachings on hypocrisy, fear, worry etc.

Jesus teaches using several illustrations. He shames his enemies when they question his healing on the Sabbath and grieves over Jerusalem.

Jesus' use of illustrations or parables are masterful. Take a brief look at the two below:
#3 - The Fig Tree: A Lesson in the Patience/Mercy and Judgment of God. It demonstrates the opportunity to repent but His judgment is definite for those who do not accept the gift of salvation.
#6 - The Narrow Door - Those who depend on their spiritual birth will be allowed into Heaven, while those with an earthly pedigree will not.

Also, Jesus' handling of his confronters and determination to stay on course with His mission on earth are admirable: something believers should desire to emulate. His message to Herod Antipas: “Go tell that fox, ‘I will keep on driving out demons and healing people today and tomorrow, and on the third day I will reach my goal.’
For greater insights, read the entire chapter.

It records one miracle performed by Jesus on the Sabbath, followed by various teachings and parables on dining and discipleship.  We must count the cost and fully commit to following Jesus.

God’s Love for the lost. Triggered by the Pharisee's disdain of the company that Jesus kept, Jesus tells three parables about lostness: the lost sheep, the lost coin, and the most recognizable, the lost son (prodigal). Upon reading, you will note that each describes the finding of something lost item, and the joy and celebration that follows. The parables demonstrate that regardless of who they are, each person is precious to God and He rejoices even one lost soul turns to Him. We must remember that the primary charge or commission of the church to seek the lost and introduce them to Jesus has not changed.

The teaching of Jesus continues with two major parables:

Jesus provides instructions for His disciples in duty, thankfulness, and the Kingdom.

Jesus said, "If your brother repents, forgive him” and "In his day, the Son of Man will light up the sky."

You’ll also find the recording of Jesus healing of ten lepers but only one returned to say thank you.

The focus is prayer, humility and discipleship via parables and other instructions.

Parables that deal with prayer:

Then Jesus uses the children brought to him as examples of humility. “Suffer them to come to me and forbid them not, for such is the Kingdom of God.

Discipleship: It’s not the man’s riches that disqualified him entering the kingdom of God, but his posture demonstrated that he valued his riches more than obeying Jesus.

Then in verse 31, Jesus took the twelve disciples aside and predicted, for his death and resurrection, for the third time. He said: “We are going up to Jerusalem, and everything that is written by the prophets about the Son of Man will be fulfilled.”

Note: Calvary is in view now.

This chapter records the teaching of Jesus Christ in the temple in Jerusalem and his responses to questions raised by the Pharisees and Sadducees when they question his authority.  As an overview,

An Overview is provided to peak your desire for an in-depth study. Taking place in three geographical areas: Jerusalem, Judea and Mt. Olivet, Luke 21 records information concerning the widow’s gift, the destruction of the temple and Jerusalem and the signs of the end of the age and his return.

An Overview: Luke 22 begins Luke's version of the passion. Jesus and his disciples celebrated the Passover in the upper room, He predicts Peter’s denial, prays on the Mount of Olives. Judas leads a mob to arrest Jesus. After the arrest, he faced trial before Caiaphas. While Jesus was being tried, Peter fulfills Jesus’ prediction by denying him three times.

Read the entire chapter for the full chronology.

An overview: Jesus was arrested in the middle of the night and sent to the high priest's palace where he is interrogated. Then at dawn, the Sanhedrin officially meets to condemn him. Since no legal hearing on a capital charge could lawfully be held except in the courtroom of the Sanhedrin. Since they had no authority to render a death penalty, they must convince Pilate of Jesus' guilt prior to execution. "Then the whole assembly rose and led him off to Pilate." (23:2). Jesus stands trial before Pilate. Pilate finds Jesus innocent, but because of the crowd uprising, he sent him to Herod to try and wash his hands of the matters. Herod found no fault in him and returned Jesus to Pilate. Pilate wanted to release Jesus but gives in to the crowd, releases Barabbas and sentences him to death.

On the Cross - As soon as Jesus was fastened to the cross, he prayed for those who crucified him. "Jesus said, “Father, forgive them, for they don’t know what they are doing." Jesus dies between two thieves (one asks for forgiveness and Jesus accepts it. Jesus gave up the ghost and Joseph receives permission to give Jesus a proper burial.

The burial of Jesus (Luke 23:50-56) - The story of Joseph of Arimathea is told in all four gospels. After the death of Jesus, Joseph asked Pilate for permission to take Jesus' body and bury it properly. Permission was granted and the body was taken down. Joseph, helped by Nicodemus, wrapped the body in cloth with the addition of myrrh and aloes. IT IS FINISHED!

The crucifixion of Jesus is recorded in all four of the Gospels - Matthew, Mark, Luke, and John. You can read all four in parallel for greater details.